CARP ADVOCATES FOR INCREASED CAREGIVER BENEFITS IN FEDERAL BUDGET, WHILE HOSKINS TO HEAD UP NATIONAL PHARMACARE

Federal Finance Minister Bill Morneau will deliver a mid-mandate budget in the House of Commons this afternoon, and CARP – A New Vision of Aging – is sending a message to continue increasing financial benefits for family caregivers.

Some 8 million Canadians provide unpaid care to family members and friends with health issues, including chronic conditions and disabilities.

Morneau has suggested the Liberals’ latest budgetary blueprint will concentrate largely on efforts to boost the number of women in the workforce. It could include dedicated paternity leave for new fathers, along with the money needed to close the gender wage gap in federally regulated workplaces.

Former Liberal strategist Greg MacEachern says the budget gives the party a chance to set the tone for the next election campaign while potentially saving room for bigger, flashier items to come closer to the vote. 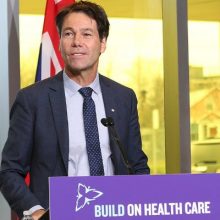 Meantime, it’s being widely reported that the federal budget will contain first steps toward a national pharmacare program led by Doctor Eric Hoskins, who has just stepped down as Ontario’s Health Minister.

Hoskins resigned both his cabinet position and his seat in the Ontario legislature Monday, hinting he will “continue building better health care for all Canadians.”

Listen for more federal budget preview coverage on Zoomer Radio’s Fight Back with Libby Znaimer Tuesday between noon and 1pm, and then comprehensive analysis of the budget after it’s announced at 4 o’clock Tuesday afternoon on both Zoomer Radio News and Classical FM News.