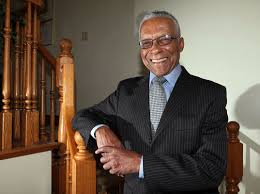 He was elected as a New Democrat from Windsor, Ontario in 1984 and against 1988, but was defeated in the Liberal sweep in the 1993 election.

Prior to his career in federal politics, McCurdy was a founder and the first president of the National Black Coalition of Canada.

McCurdy had suffered from cancer.  he was 85.