The two women who accused former Ontario PC Leader Patrick Brown of sexual misconduct are not backing down, despite a concerted effort to refute their allegations and discredit them publicly with the help of a hired private investigator. 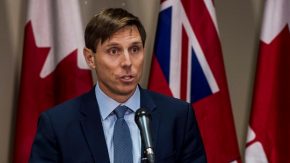 Both women have told CTV News they stand by the truth of what they told the private news network. The first accuser also says she’s been bombarded by vicious comments online, including pictures posted on Twitter in an attempt to reveal her identity.

On Sunday, Patrick Brown posted a Facebook message saying he’d been investigating the allegations and can prove they are false. And Alise Mills, a conservative communications advisor who’s helping Brown, says “he’s hired someone to do the forensics, a private investigator.”

More than 12,000 people have attached their names to an online petition called “Justice for Patrick Brown” seeking his reinstatement as party leader. And at least 8 nominated PC candidates in the upcoming provincial election have gone public on Twitter with their support for Brown.

Listen for more on Brown’s fight to clear his name on Zoomer Radio’s Fight Back with Libby Znaimer after Wednesday’s noon news.