Criticism of Prime Minister Justin Trudeau and his Justice Minister continues following their controversial comments about the verdict in the shooting death of a young indigenous Saskatchewan man. 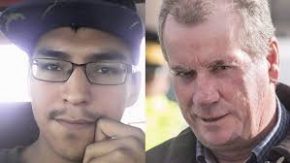 Federal Conservative critics, some legal experts and others on social media say it was not appropriate for Trudeau and Jody Wilson-Raybould to pass judgement on the acquittal of white Saskatchewan farmer Gerald Stanley in Colten Boushie’s death.

While in Los Angeles on Saturday, the prime minister first said he was not going to comment on the process which led us here.

“But I am going to say, we have come to this point as a country far too many times. Indigenous people across this country are angry, heartbroken, and I know indigenous and non-indigenous Canadians alike know that we have to do better,” Trudeau explained.

The prime minister’s comments echo those expressed by indigenous people, including Isadore Day, Regional Chief of Ontario with the Assembly of First Nations.

“If racism and discrimination seem to be the question of the day, then possibly we need to really examine just how far we’ve moved with regard to reconciliation in the mainstream and overall what Canadians say in terms of their perception of what reconciliation means and what that might mean to the legal justice system,” Day told CBC Radio.

Meantime, Cathy McLeod, the Conservative’s Indigenous affairs critic tweeted her sympathy to the family but followed up by saying the judicial process must play out without political interference.

Relatives of Colten Boushie are in Ottawa to meet with federal ministers and press for changes to Canada’s justice system following the not guilty verdict.