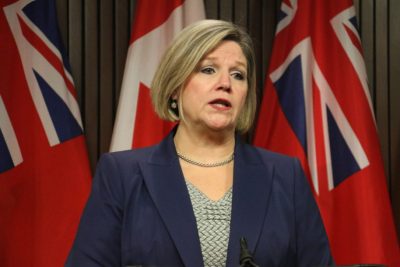 Ontario NDP Leader Andrea Horwath has removed her chief of staff from his position – after accusations that he didn’t take seriously – sexual misconduct allegations brought to him during his time at the Manitoba legislature.

Michael Balagus also served as former Manitoba premier Greg Selinger’s chief of staff. He’s been placed on leave – until Horwath can determine whether it’s appropriate for him to continue working for the party.

The women said when they reported the behaviour – they were told to suck it up.

Struthers was in cabinet for more than a decade. He has apologized for any interactions that made people feel disrespected or uncomfortable.

Balagus said in a written statement today that while the women reported the incidents to their superiors – at no time were the matters brought to his attention – in the premier’s office.