MARIJUANA ON TRACK TO BE LEGALIZED BY JULY, BUT IT COULD TAKE LONGER BEFORE ITS SOLD LEGALLY

The Trudeau Liberals in Ottawa insist they are on track to legalize recreational pot in July, but it remains to be seen if it’ll be on sale by then.

Health Minister Ginette Petitpas Taylor told senators on Tuesday that provincial and territorial politicians have indicated once a bill setting up a legal cannabis regime is given royal assent, they’ll need another eight to 12 weeks to prepare for retail sales. 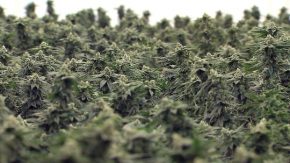 Conservative senators, in particular, are not keen on legalization but their Senate leader, Larry Smith, says they won’t be obstructionist but will be a voice for Canadians who have “significant and valid concerns” about what the government is doing.

Smith argues that the government is proceeding too quickly and should not legalize marijuana before conducting an intensive public education campaign about the dangers of cannabis use on the developing brains of young people.