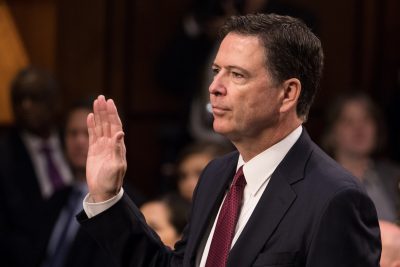 Noting that the FBI  is “under intense scrutiny,” James Comey’s publisher is moving up the release date of his memoir A Higher Loyalty.

Flatiron Books says it’s accelerating publication – from May 1st to April 17th – citing a demand for the former FBI director to be heard – amid an “urgent conversation” about the bureau he was head of.

U.S. president Donald Trump and his supporters have repeatedly criticized the FBI investigation – into his campaign’s alleged ties with Russian officials.

Comey was fired by Trump last May – with the president initially citing Comey’s handling of the probe into Democratic rival Hillary Clinton’s emails.

He later told NBC’s Lester Holt that he was thinking of  “this Russia thing.”