NEIL YOUNG IS BACK ON THE SILVER SCREEN

Legendary Canadian singer/songwriter Neal Young is trying his hand at acting again, appearing in a dystopian western that premiers next month at the South By Southwest film festival in Austin Texas. 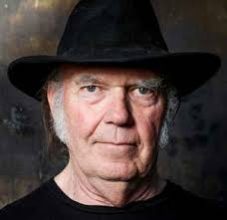 The 72 year old leads the cast of “Paradox”, a full-length feature directed by his girlfriend Daryl Hannah.

Young plays the “Man In The Black Hat”, a mysterious character with a checkered past in what’s described as a “far-fetched, whimsical western tale of music and love.”

It’s Young’s first appearance on the silver screen since 2003’s “Greendale”, which he directed.