CABINET MINISTER HEHR IS OUT AFTER ACCUSATIONS OF INAPPROPRIATE BEHAVIOUR 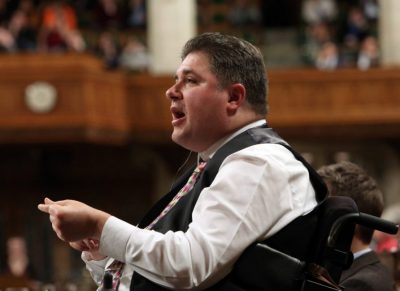 Prime Minister Justin Trudeau has taken action against one of his cabinet ministers – who has been accused of inappropriate behaviour – by a woman who worked with the man at the Alberta legislature.

Trudeau has accepted Kent Hehr’s resignation from the federal cabinet.

But so far, Trudeau is calling Hehr’s departure “a leave of absence” – and says the sport and disability minister is out – pending the outcome of an investigation.

Accuser Kristin Raworth says – when she started her job in Alberta 10 years ago – she was warned against being alone with Kent Hehr.

Raworth says he once called her “yummy” – and made other similar remarks.