Short fiction writer and novelist Nancy Richler has died of cancer in Vancouver at the age of 60. 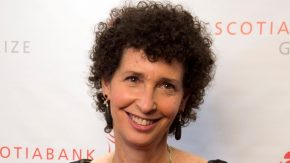 Richler is known for her award winning novels Your Mouth Is Lovely and Throwaway Angels.

Her most recent novel The Imposter Bride was short-listed for the Scotiabank Giller Prize in 2012.

HarperCollins Canada says the jury described the book as a “wonderfully nuanced work of fiction by a master of the craft.”

One executive at HarperCollins says Richler was an elegant writer who had an extraordinary ability to create complex characters that resonated with readers across Canada and abroad.

Richler is survived by her partner Vicki Trerise, her sister, and a brother.