PREDISPOSITION TO HEART DISEASE MAY BE A CALCULATED RISK

Researchers say early onset heart disease may be a combination of family history, dominant genes, and bad habits. But it may also be that multiple genes can act with other genes to influence disease.

These weaker genes are found in greater density in individuals with early onset heart disease, leading a question — should this “polygenic” risk be a screening tool for everyone?

The authors of a paper pending publication in Cardiovascular Genetics were able to identify genotypes from over 100 thousand individuals in the U-K to calculate a genetic risk score for early onset heart disease. 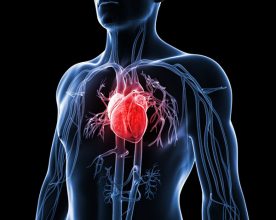 But risk factors like smoking and poor diet were more likely to contribute to early coronary artery disease, along with genetic risk variants.

You can read about the research in Circulation; Genomic and Precision Medicine Journal.