House prices in the GTA continue to climb, but sales are way down. 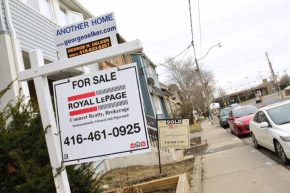 The latest Toronto Real Estate Board report says the average selling price was up nearly 13 percent last month over December of 2016 to more than $822,600 while the number of homes sold was down about 18 percent. And it was condo sales that are fueling the higher prices.

The TREB report says much of the sales volatility in 2017 was brought about by government policy decisions. Research from TREB, the provincial government and Statistics Canada showed that foreign home buying was not a major driver of sales in the GTA. It was the Ontario Fair Housing Plan, which included a foreign buyer tax, that had a marked psychological impact on the marketplace.