CANADIAN RETAILERS REAP $3-MILLION A YEAR WITH DEMISE OF PENNY

A University of British Columbia researcher believes Canadian grocery stores have benefited from the demise of the penny, but retailers disagree. 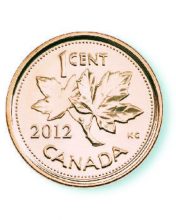 Economics and mathematics student Christina Cheng has released research that contends Canadian grocers are pulling in more than $3-million a year from rounding up prices to the nearest five cents.

She and a friend documented 18,000 prices at grocery stores and found that most ended in .99 or .98, meaning they’d be rounded up for cash transactions if tax wasn’t applied.

Cheng then used a computer simulator to create “grocery baskets” with various items and concluded that retailers have been profiting from penny-rounding.