The Conservatives have opened up another frontal attack against Bill Morneau – accusing the embattled finance minister of selling off stock – the week before a policy announcement drove their value down by half a million dollars. 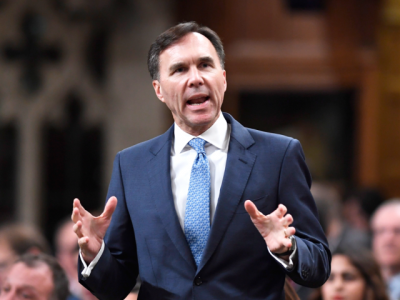 Inside the House of Commons today, Tory MPs fired a barrage of questions about the timing of the sale of $10 million worth of shares in his family-founded human resources firm, Morneau Shepell.

Poilievre asked Morneau repeatedly if it was merely a coincidence –   that the 680,000 shares were sold off  – a week before the announcement.

Morneau largely avoided the queries, insisting he had absolutely nothing to hide – but a spokesman for the finance minister later called Poilievre’s insinuations “utterly false and absurd” – and challenged the Tories to make the accusations outside the House of Commons – where members are not protected by parliamentary privilege.