CHIEF SAUNDERS AND WIFE WELCOMED BACK AFTER KIDNEY TRANSPLANT SURGERY

Stacey Saunders donated one of her kidneys to her husband Mark Saunders, who is grateful for the rest he needed after the operation. 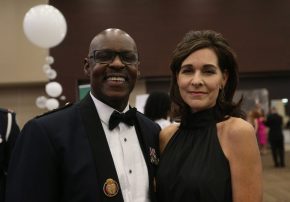 “The support has been just overwhelming and I thank you guys for giving us the opportunity to rest and recover, so now you’re going to be able to kick me around in a couple of weeks and it’s going to be back to the old drawing board,” Chief Saunders joked while attending the annual Chief’s Gala in support of Victim Services Toronto.