BUBLE TO HOST JUNOS NEXT YEAR IN VANCOUVER 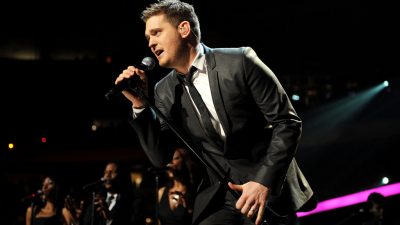 Canadian singer Michael Buble will be hosting the 2018 Juno Awards.

The Burnaby, B.C. native had been scheduled to head up the music awards show last year but he bowed out – after his young son Noah was diagnosed with cancer.

Buble announced earlier this month that he was getting back to work next year.

The 2018 Juno Awards will be staged at Rogers Arena in Vancouver on March 25 – and it’ll be the fourth time the city has  welcomed the awards ceremony – which celebrates achievement in Canadian music.

On another note – The Canadian Academy of Recording Arts and Sciences announced earlier this year that it is reinstating the Comedy Album of The Year category – after a 33-year break.