A who’s who of the Canadian book world will gather in Toronto tonight for the Scotiabank Giller Prize gala.  Five writers are nominated for the $100,000 fiction prize, which was established in 1994 by businessman Jack Rabinovitch in honour of his late wife, literary journalist Doris Giller. 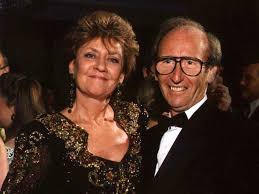 Rabinovitch died in August at age 87 and organizers say tonight’s gala will honour him.

The Giller finalists include “Son of a Trickster” by Eden Robinson, who recently won a $50,000 Writers’ Trust Fellowship.

The short list also includes Rachel Cusk for “Outline,” Ed O’Loughlin for “Minds of Winter,” Michael Redhill for “Bellevue Square” and Michelle Winters for “I Am a Truck.”