The province has introduced legislation to regulate the sale and distribution of recreational marijuana starting next summer – and it includes steep fines for illegal dispensaries in Ontario.

The rules would kick-n once Ottawa makes the drug legal – in July 2018.

Ontario was the first province to announce its detailed marijuana plan last month – which included the sale of pot in up to 150 stores – run by the Liquor Control Board of Ontario – which will only sell to people 19 and older. 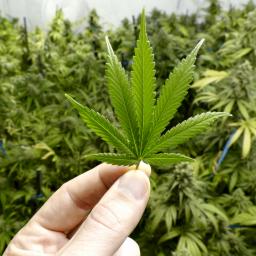 That minimum age would also apply to possession, home growing and use of marijuana.

There will also be new penalties for people or businesses that are convicted of illegally selling or distributing cannabis – including fines of up to $250,000 for individuals and/or jail of up to two years less a day – while corporations would face fines of up to $1 million for the same offence.