How prevalent were Russians on social media during the 2016 U.S. presidential campaign? 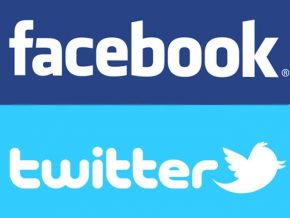 Representatives with Facebook and Twitter are set to testify at three Capitol Hill hearings today and tomorrow.

It will reportedly be revealed that a Russian group posted more than 80,000 times on Facebook during and after the election, potentially reaching as many as 126-million users.

And Twitter uncovered and shut down 2752 accounts linked to the same group, Russia’s Internet Research Agency, which is known for promoting pro-Russian government positions.

Facebook has said it will take steps to fix the problem. Twitter said last week it would no longer accept ads from RT and Sputnik, another state sponsored news outlet.

“He was seeking to further democracy and to help The (sic) Ukraine come closer to the United States and the EU. Those activities ended in 2014, over two years before Mr. Manafort served in the Trump campaign,” Downing told reporters Monday evening.

Manafort and business associate Rick Gates both pleaded not guilty to charges, which include conspiracy against the U-S, conspiracy to launder money, and acting as unregistered foreign agents.

Another former aide, George Papadopoulos, has pleaded guilty to lying to the FBI about meetings with Russian intermediaries, and has been co-operating with authorities.

Trump has just started tweeting for the day, saying, “The Fake News is working overtime. As Paul Manafort’s lawyer said, there was “no collusion” and events mentioned took place long before he came to the campaign. Few people knew the young, low level volunteer named George, who has already proven to be a liar. Check the DEMS!”

Trump has been saying in recent days that Hillary Clinton’s campaign was in collaboration with the Russians to undermine his bid for the White house.