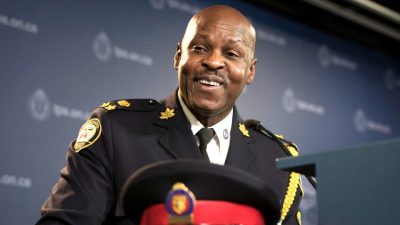 Toronto’s Police Chief is going to receive the gift of life – from his wife Stacey.

Chief Mark Saunders has revealed that he will receive a kidney transplant next week.

He says he discovered he had kidney disease in the 90’s – after going for some routine bloodwork.

For the past 15 months Saunders has been preparing for this next step – as he undergoes dialysis for seven hours each day – to keep him alive.

Saunders will have the procedure on Monday at Toronto General Hospital.

The Canadian Transplant Society says more than 1,600 Canadians are added  to organ wait lists every year – but fewer than 20 per cent of Canadians have made plans to donate.