Glenn Close says the predicament the character she plays in her new movie is one that will resonate with viewers. 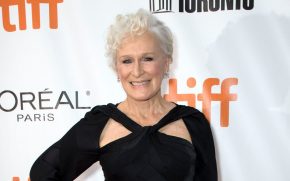 In the film based on Meg Wolitzer’s best seller The Wife, the 6-time Academy Award nominee plays the wife of an author who decides to leave on the eve of his Nobel Prize presentation to finally pursue her own writing.

While on the red carpet for the film’s premiere at the Toronto International Film Festival, Close explained her motivation in playing this complicated character.

“When you try to get inside the character, we work very hard for at least a week and all during the shooting to make sure that it was really rooted in an emotion that I understood and I could then play,” explained Close.

Find out when The Wife is playing by going online to the TIFF website.