Graydon Carter is leaving Vanity Fair 25 years as the magazine’s editor.  The 68-year old, in a post on the magazine’s website,  says it’s simply time to move on; that he’s eager to try out this “third act” thing. 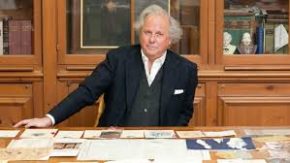 Carter wrote for Time and Life magazines and co-founded the satirical Spy magazine before being named editor of Vanity Fair in 1992.

Vanity Fair is known for a mix of coverage, including celebrity profiles and features on media and politics and has made headlines in the past for its provocative covers.

Carter has also drawn attention to himself for writing deep profiles of Donald Trump who in turn attacked Carter calling him a  “no talent” and tweeting, “Has anyone looked at the really poor numbers of Vanity Fair magazine. Way down, big trouble, dead!”Carter was born in Toronto in 1949 and educated in Ottawa.  He was made a member of the Order of Canada this past June.