Will and Grace star Eric McCormack is being celebrated by the Stratford Festival – with this year’s Legacy Award.

McCormack was a member of the acting company at Stratford from 1985 to 1989 – when he appeared in 17 productions, including Much Ado About Nothing, A Midsummer Night’s Dream, and Henry V. 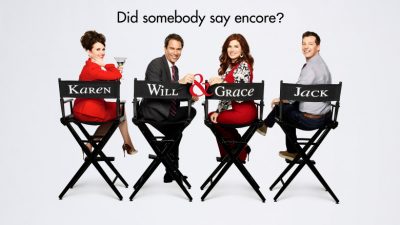 The Toronto-born actor launched his career in Canadian theatre, performing at Stratford and across Canada – including productions with the Vancouver Arts Club Theatre, Theatre New Brunswick, the Citadel Theatre and Canadian Stage.

In the U.S. he starred in the title role of “The Music Man” in 2001 on Broadway –  and opposite stage and screen legends James Earl Jones and Angela Lansbury in the Tony-nominated “The Best Man.”

McCormack shot to international fame with his Emmy-winning turn as lawyer Will Truman on the American sit-com Will and Grace – which he’s in the midst of filming the reboot of.

He is also a producer, director and star on the sci-fi series “Travelers.”