Two Ontario mayors have called out Donald Trump on Twitter.

Hamilton Mayor Fred Eisenberger reacted to the U.S. President’s tweet yeterday which said he may have to terminate NAFTA after both Canada and Mexico were being very difficult. 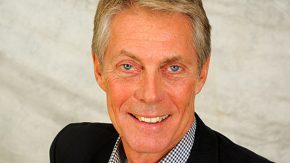 Eisenberger then tweeted back “The only thing that needs to be terminated is your presidency. Save yourself and your country. Resign and you will be popular everywhere.”

Windsor Mayor Drew Dilkens also responded to Trump on Twitter, saying “35 of 50 states call Canada their number one customer. I look forward to hearing the position of elected officials from those states.”

Trump’s tweet echoed what he said during a campaign rally last week in Phoenix, that he didn’t think the U.S. could make a deal and would end up probably terminating NAFTA at some point probably.

A former trade expert with the Obama administration says he doubts Trump would act on his threat.

Robert Holleyman tweeted that American agricultural interests and dissent from Congress make it unlikely Trump will follow through.