Loretta Lynn’s daughter says for those who remember her mother as a strong woman, she is still a strong woman even after suffering a stroke in May. 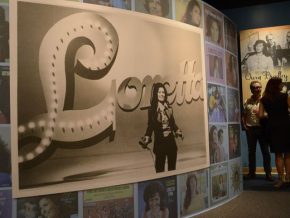 Patsy Lynn Russell took her mother’s place during the opening of an exhibit on Lynn at the Country Music Hall of Fame in Nashville on Tuesday.

Russell says her 85 year old mother asked her to wear her wedding ring so that a part of her would be there. Russell says Loretta Lynne told her to say, “I love them and I will be back to see everybody.”

The Loretta Lynn exhibit runs through next August.