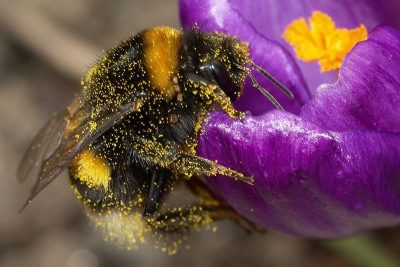 A University of Guelph environmental science professor says a powerful  neonicotinoid pesticide used around the world (thiamethoxam) has cut the chances of bumblebee queens starting new colonies – by more than 25 per cent.

Nigel Raine says queen bumblebees that were exposed to the pesticide – were dramatically less likely to lay eggs to start a colony.

The professor’s calculations show that the chances for extinction in a given population are greatly increased – after exposure to the pesticide.

Bees are crucial to agriculture as food pollinators – but their numbers are declining worldwide – as scientists scramble to understand why.

The results were published today in the journal Nature Ecology and Evolution.