When you when you take in the blockbuster hit of the summer, “Dunkirk,” keep in mind that the real-life hero of the movie was a Montreal native named James Campbell Clouston. 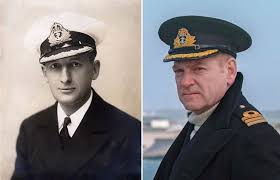 “Dunkirk” portrays the effort to evacuate more than 300,000 Allied soldiers trapped by the Germans on the coast of Normandy during the Second World War.

Clouston isn’t even mentioned in the move, yet he’s credited with saving close to 200,000 soldiers, by organizing them and then calmly ushering them onto ships for five days while German planes bombed and strafed the pier they were using.

Clouston’s son says the character played by Kenneth Branagh should have had a Canadian accent, and that his father warranted at least a mention in the credits.

A group of Canadians are lobbying the government for Canada Post to issue a commemorative stamp.

Clouston succumbed to the elements in the aftermath of Dunkirk, at the age of 44, leaving behind a wife and two sons.