Jones was a renowned literary editor who helped revolutionize American cuisine – by publishing Julia Child and other groundbreaking cookbook authors. 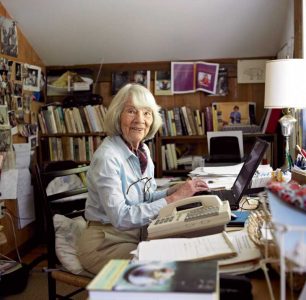 She also worked for decades with John Updike and Anne Tyler – and helped introduce English-language readers to “The Diary of Anne Frank.”

The consummate editor was herself an author and gourmet.

She collaborated on several cookbooks with her husband Evan Jones – contributed to numerous food magazines – and wrote the memoir The Tenth Muse; My Life in Food – published in 2007.

A family member says Jones died early today at her summer home in Walden, Vermont – of complications from Alzheimer’s.