It certainly is not a show of overwhelming support.

LCBO employees have voted a slim 56 per cent to ratify a new four-year contract. 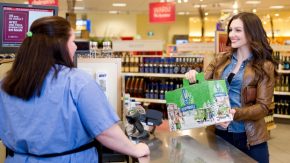 The agreement was reached ahead of the Canada 150 weekend just as the LCBO’s 8000 unionized employees were set to begin a strike.

OPSEU president Smokey Thomas admits 56 percent ratification is lower than normal, but there are still a lot of gains.

“There’s no more agency workers in warehouses, the employer’s committed instead of 84 percent part time, they’ve committed to reducing that to 70 percent part time over the life of the collective agreement. That means more full time jobs for people, so it’s quite a victory really,” Thomas explained.

In addition, Thomas says the deal also increases job security, improves scheduling, and brings an end to the practice of scheduling workers for two-hour shifts.