Auto insurance rates in Ontario headed upward again – for the second quarter in a row in 2017.

The Financial Services Commission of Ontario’s posted rates show an average increase of 0.76 per cent – on the heels of a rise of an average of 1.24 per cent last quarter. 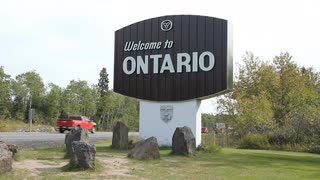 Way back in 2013 the Liberals promised to reduce car insurance premiums by an average of 15 per cent – by August 2015.

But when that self-imposed deadline passed, Premier Kathleen Wynne admitted the stated date was what she called a “stretch goal.”

An April report by Ontario’s auto insurance adviser David Marshall – found that this province has the most expensive auto insurance premiums in Canada – despite the fact that it also has one of the lowest levels of accidents and fatalities.

Marshall’s research finds that the average auto insurance premium in Ontario is $1,458 – an amount which is almost 55 per cent higher than the average of all other Canadian jurisdictions.