The 65-storey hotel and condo at Bay and Adelaide no longer bears the name of the U.S. President. 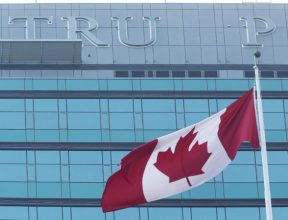 The Trump name started to come down Monday, after the new owners reached a buyout deal with Trump Hotels last month. As part of the agreement, the hotel’s name was to be changed.

The building has been the site for protests; one denouncing Donald Trump’s policies and another that occurred after a lewd recording surfaced of then candidate Trump. Back in 2015, Councillor Josh Matlow proposed a name change for the building. He called Trump a “fascist” and said his name has no place in a diverse and respectful Toronto.