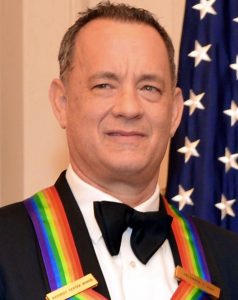 Actor-producer Tom Hanks is being honoured by the National Archives Foundation in Washington with its Records of Achievment award – recognizing his career supporting history – through both acting and filmmaking.

The foundation is honouring the zoomer actor “for his powerful illumination of the American story through his vast body of work in film and television during the past four decades.”

Tom Hanks will receive the award at the foundation’s annual gala on October 21st in Washington – which includes a question and answer session with documentary filmmaker Ken Burns.