TORONTO AND OTTAWA BUZZING WITH CANADA 150 CELEBRATIONS, EVENTS AND CONCERTS! 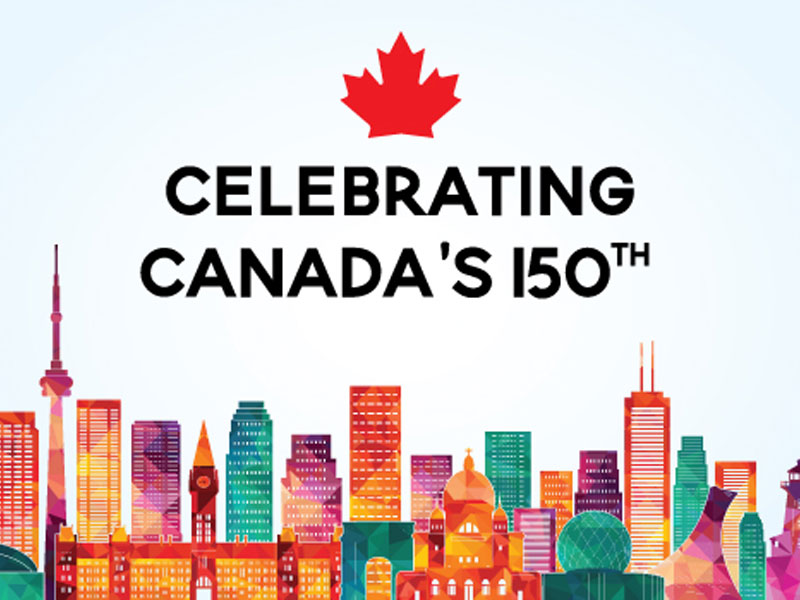 Four-day Canada Days festival at Nathan Phillips Square from June 30 to July 3 beginning Friday at 5 p.m.  Canada Days, a free four-day music festival, will transform Nathan Phillips Square with music, dance, circus arts, food and more. Artists include Barenaked Ladies and Buffy Sainte-Marie on June 30; Ron Sexsmith and the Toronto Symphony Orchestra on July 1; dvsn on July 2 and Belly on July 3. A fireworks show will end each evening at 10:55 p.m.

The annual Canada Day fireworks display at Woodbine beach at Ashbridges Bay (1561 Lake Shore Blvd. E.), will begin at 10 p.m. on Saturday. Residents planning to attend are encouraged to leave vehicles at home and use public transit.

Then there’s the world’s largest rubber duck at the Redpath Toronto Waterfront Festival. The duck has been the focus of controversy, after the provincial Liberals spent $120,000 to rent it for Canada Day.

Toronto Jazz Festival
John LaBarbera Big Band will celebrate drummer Buddy Rich on June 29 at The Concert Hall. Made up of some of the biggest name on the local jazz scene, the Big Band will be led by the LaBarbera’s. John contributed more compositions and arrangements to Buddy’s band than any other writer; Joe was the only drummer – other than Buddy – to ever come perform publicly with the band; and Pat played tenor sax in Buddy’s band for seven years. This will be one very special night of high energy and musicality befitting the “World’s Greatest Drummer,” Buddy Rich.

4 pianists and two pianos takes over The Concert Hall on closing night, July 2 as Kenny Barron, Cyrus Chestnut, Benny Green and Gerald Clayton honour the music of Monk. Over the course of the evening, Kenny Barron, named in 2010 a National Endowment for the Arts Jazz Master; Benny Green, an alumnus of Art Blakey’s Jazz Messengers; Gerald Clayton, Musical Director of the Monterey Jazz Festival On Tour; and Cyrus Chestnut, a first call pianist for Betty Carter and Wynton Marsalis (among others), will perform solos, duos and together as a quartet, all in honour of Monk.

In celebration of Canada 150, the Royal Ontario Museum (ROM) is opening its doors to all visitors on Saturday, July 1, 2017 with free admission to the Museum’s permanent galleries and select special exhibitions. From 10:00 am to 5:30 pm, visitors are invited to discover the Museum’s more than 40 permanent galleries and exhibition spaces at no charge, including access to the ROM-original exhibitions The Family Camera and Anishinaabeg: Art & Power.

Canada Day at the AGO – Art Gallery of Ontario . Experience the beautiful innovative art of Georgia O’Keeffe, a trailblazing figure in American modernism. See it NOW. The exhibition closes on July 30. Enjoy a fun-filled, family-friendly Canada Day. Visit the Dr. Mariano Elia Hands-On Centre and participate in Canadian themed activities inspired by the book Canada ABC by Paul Covello. Plus, explore the Gallery and join in on a free tour.

Down the QEW in Hamilton, a magnificent maritime gathering will see 11 tall ships sail into Hamilton Harbour for Canada 150 celebrations. On June 30th, the ships will gather on Lake Ontario — near the entrance to the Burlington Bay Canal — for a Parade of Sail around Hamilton Harbour starting at 2 p.m. After for Canada Day, the ships will dock at Pier 8 (57 Discovery Dr.).

For Canadians looking for the ultimate party to celebrate Canada’s 150th birthday on July 1, Parliament Hill — and nearby venues — will be the national hotspot. The day-long celebrations will build to a spectacular climax with a 20-minute “pyromusical” fireworks show at 11 p.m. ET that promises to be the largest ever presented in the National Capital Region for Canada Day. Celebrations on the Hill begin at 9 a.m. with musical performances, featuring a carillon concert from the bells of the Peace Tower. The lineup for the rest of the day includes:

An opening celebration beginning at 11:40 a.m. featuring Prime Minister Justin Trudeau, Governor General David Johnston, the Prince of Wales and the Duchess of Cornwall, performances by Buffy Sainte-Marie, Bono and The Edge of U2, Walk off the Earth, Patrick Watson and more, and an air show.

The museum in Gatineau, Que., will be open to the public all day with live entertainment and family activities. The new permanent Canadian History Hall will officially open for the first time to mark Canada Day. Live music gets underway at 11 a.m., featuring evening headline sets by The Souljazz Orchestra and The Lost Fingers.