Jurors in the Bill Cosby sexual-assault trial will begin a fourth day of deliberations this morning. 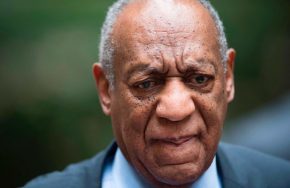 About 28 hours of talks have failed to reach a verdict, but the jury near Philadelphia has not told the judge it’s deadlocked or incapable of reaching a verdict.

They’ve returned to court only to ask questions, including wanting to hear the testimony of the Durham Region Police officer who took Andrea Constand’s initial statement of complaint and as well as that of Bill Cosby.

“I think they’re going over the evidence, and it’s almost like running a mini-trial in the jury rooms. Some will have certain positions and they’re going to try and work it out. It can take a lot of time,” Neuberger explained.

Jurors ultimately are deciding whether Cosby gave Constand a drug to relax her before the two of them engaged in consensual sex or if the comedian give her something that left her incapable of giving consent or stopping him.