The senior Canadian economist at Capital Economics is forecasting a severe downturn in the Toronto and Vancouver housing markets. Dave Madani says he sees a correction of between 20 and 40 percent in the Canadian housing market in five years. 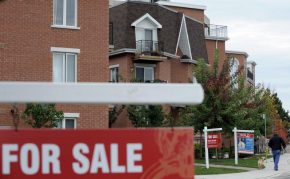 “There’s a bubble. This has been consistently our view for some time, our long term survey on the market. What we’re seeing over the past few months in Toronto is I think the beginnings of a severe correction in the market,” Madani told Business News Network on Monday.

Madani suggests there will be a slight dip in Toronto housing prices before the end of the year, but he says that’s all it will take to scare many homeowners into cashing out of the market.

He says the proof is in the latest housing data from the Toronto Real Estate Board and the Real Estate Board of Greater Vancouver. The ratio of sales to new home listings is falling, which would indicate that a decline in prices is on the way.

The Toronto and Vancouver housing markets have been white-hot for the last few years, but experts have been warning of a possible correction in market prices on the horizon. Last weekm  the Organization for Economic Co-operation and Development urged Canada to do more to address the risky Toronto and Vancouver housing markets. That warning came shortly after the International Monetary Fund urged Canada to protect against a possible correction.