Tonight Mirvish Productions will continue the the time-honoured tradition of acknowledging the loss of an important member of the theatre community. 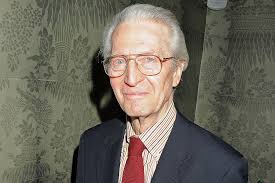 At 8’clock, Mirvish will dim the marquee lights to honour Producer Elliot Martin, who passed away on May 21st at the age of 93.

Martin was the producer who brought the opening show, “Never Too Late”, to the Royal Alex in 1963 when the Mirvish family bought and restored the venerable old theatre on King Street.

Martin began as a chorus boy in the original Broadway production of Oklahoma and went on to become one of the pre-eminent and most highly respected producers of the American theatre.