STRIKING QUEBEC CONSTRUCTION WORKERS ORDERED BACK TO WORK BY WEDNESDAY

Quebec’s provincial government has passed legislation putting an end to the province’s construction strike and forcing workers back to work by tomorrow.

Members of the legislature debated the bill until early Tuesday, but the Liberal majority in the legislature had all but ensured it would pass, with the final vote coming in 76-21 in favour.

The legislation maintains current working conditions for the province’s 175,000 construction workers and grants them a pay raise of 1.8 per cent.

It also triggers an immediate five-month mediation period to allow labour unions and construction companies to work out a new collective agreement, after which they will be required to enter into arbitration. 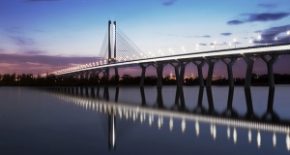 The strike was the second such walkout in the Quebec construction industry in four years, crippling work on major projects such as the Champlain Bridge replacement and a Montreal superhospital.