GLORIA STEINEM TO BE HONOURED IN NEW YORK

This time it’s from the Council of Fashion Designers of America. 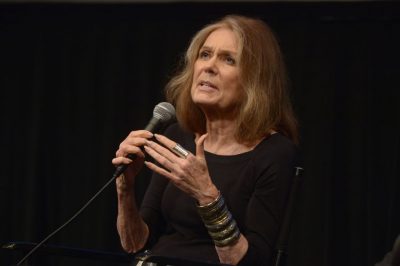 The 83-year old Steinem – a journalist and social and political activist – became recognized as a leader and spokeswoman for the feminist movement in the late 1960’s and early ’70’s.

She was a columnist for New York Magazine – and a co-founder of Ms. Magazine.

Seth Myers hosts the awards ceremony on Friday night at the Hammerstein Ballroom in Manhatten.