RIOPELLE PAINTING BRINGS IN OVER $7 MILLION

The late Quebec artist Jean Paul Riopelle’s “Vent du nord” has sold for more than $7.4 million – which makes it second on the list of Canada’s all-time most expensive works of art. 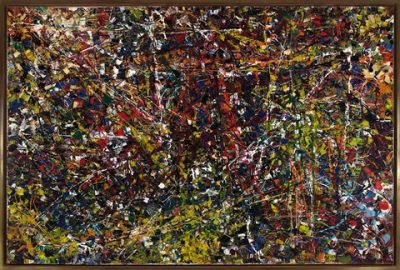 But the final sale price was a staggering $7,438,750 – which includes a buyer’s premium – and puts “Vent du nord” just after Lawren Harris’s “Mountain Forms” – which sold at a Heffel auction in November for $11.21 million – a figure that more than doubles the previous Canadian art record established in 2002 for Paul Kane’s 1845 oil canvas “Scene in the Northwest – Portrait.”