There’s more evidence that eating chocolate is good for your health. 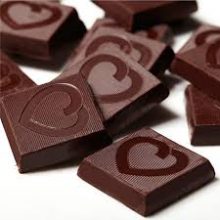 A new study finds that older people who regularly eat chocolate have a lower risk of atrial fibrillation, in some cases by up to 20 per cent. Atrial fibrillation is the most common type of irregular heartbeat that increases the risk of stroke.

ABC News medical editor Dan Childs says while the study doesn’t prove that chocolate is protective against heart rhythm problems, it is consistent with the known antioxidant and anti-inflammatory benefits of flavanols in cocoa. He also points out that the cocoa content in chocolate is higher in Denmark where the study was conducted.

As many as one in four adults will develop atrial fibrillation over their lifetime. It doesn’t have a cure, making prevention an important area of research and interest.