A watercolour painting by Jacqueline Kennedy Onassis – along with the  former first lady’s Cartier watch – and a hand-annotated speech by John F. Kennedy that he later incorporated into his “Profiles in Courage” are being auctioned. 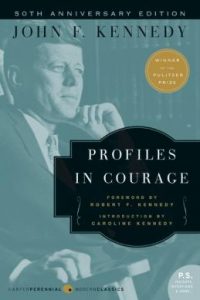 The then-first lady, who painted as a hobby, created the 6 1/2-inch by 8-inch artwork in 1963 – as a gift for her brother-in law, Stanislaw Radziwill.

The JFK speech manuscript is one of several Kennedy-related items, including Jacqueline Kennedy’s maternity dress, up for auction until May 18th – by Boston based RR Auction in conjunction with the 100th anniversary of the former president’s birth.

Part of the proceeds will benefit the National Endowment for the Arts.

The typed JFK manuscript is a page from a 1955 speech the then-U.S. Senator from Massachusetts gave at the Sigma Delta Chi Journalism Fraternity at the University Club in Boston in October 1955. The future president underlined several phrases in pencil and made a few deletions.

Some of the quotes from the speech were later published in the 1957 Pulitzer Prize-winning book “Profiles in Courage.”