Staff manning Ontario liquor stores have voted overwhelmingly in favour of strike action, with as bargaining set to resume this week with the Liquor Control Board. 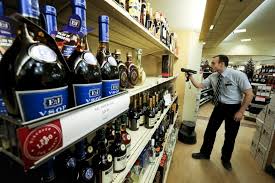 The vote was called by the union late last month after the previous contract expired.  The union complaining about what it called management’s “complete lack of respect for workers.”

The union is opposed to the Wynne Government’s move to sell beer, wine and cider in grocery stores, calling it “creeping privatization.”

The union says a potential strike is still a ways off.  First comes bargaining.  If that fails, they move on to conciliation.  If that doesn’t work, eventually there will be a strike or lockout.