A photograph of the First Lady of Song is on display at Washington’s National Portrait Gallery.

The portrait of American jazz singer Ella Fitzgerald goes on view today, ahead of the 100th anniversary of Fitzgerald’s birth on April 25th.

The National Portrait Gallery said in a statement the photograph on display is of Fitzgerald in performance flanked by Ray Brown, Dizzy Gillespie and Milt Jackson. It was taken around 1974 by William Gottlieb, who learned to use a camera to take pictures to accompany his weekly music column for The Washington Post.

It’s the first time the photograph has been displayed at the museum. It will be on view through May 14th. 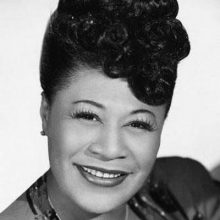