CALGARY OPERA AT ODDS OVER CASTING FOR SOUTH PACIFIC

A brouhaha has erupted over the Calgary Opera’s decision to cast a white actor in the role of a Polynesian character in the Second World War musical. 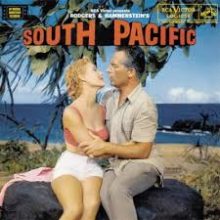 Director Mark Bellamy walked away from the production  after being informed a white actor would play “Bloody Mary”, a Tonkinese woman from what is now northern Vietnam.

Bellamy says the production includes themes of racial intolerance and the lead characters’ struggle bringing Polynesians into their lives and felt strongly that the show should be cast in a way that accurately represented the characters.

He says he made several suggestions for actors with a more appropriate ethnic background, but whose singing abilities didn’t quite satisfy the Calgary Opera.

As Bellamy puts it, “Oscar Hammerstein created this piece of theatre to have this discussion about racism, he didn’t create it to showcase the voices of sopranos.”