More government intervention will be needed – if Toronto home prices continue to accelerate – after the spring buying season.

That’s the word from James O’Sullivan, Scotiabank’s head of Canadian banking – who adds that the Toronto housing market is one area that policy-makers should be most concerned about in Canada. 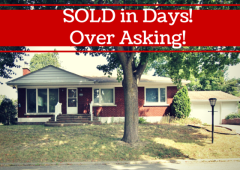 Scotiabank hasn’t developed a position yet on what measures should be implemented – but O’Sullivan says the bank will support government action in the interests of avoiding a “hard landing.”

Politicians have been trying to figure out what to do – to curb housing costs that have gotten to the point where many potential buyers say they feel priced out of the market.

The average price of homes sold in the Greater Toronto Area in February increased by 27.7 per cent – compared with the same month a year ago.