While it continues to grapple with the high cost of electricity in Ontario, the Wynne Liberal Government has tripled the rebate for those who buy expensive electric vehicles. 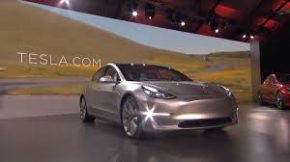 The opposition at Queen’s Park is outraged especially since the increase came lock step with news that the former director of policy to Environment and Climate Change Minister Glen Murray joined Tesla this month.

Earlier this month, the government tweaked the rules for electric cars costing $75,000 to $150,000. It means such vehicles as the Tesla Roadster are now eligible for rebates of up to $14,000.

So far the Wynne government has rebated almost $800,000 to buyers of electric vehicles costing more than $100,000.