The were literally dancing in the streets in Austria yesterday as the country celebrated the 150th birthday of the country’s unofficial national anthem. 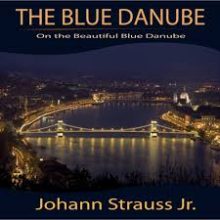 Born out of a military defeat to Prussia, initially not that popular, and dedicated to a river that’s more greeny-grey than blue, Johann Strauss’ “The Blue Danube” premiered in Vienna February 15, 1867. It is now considered one of the world’s most famous and catchiest pieces of classical music.

One glowing review at the time called it a “schlager”, German for “hit”, supposedly the first recorded use of that term for a popular piece of music.