Sad news for fans of Stuart McLean – the bestselling author, journalist and humorist – who spoke to millions as host of the popular CBC Radio program The Vinyl Cafe. 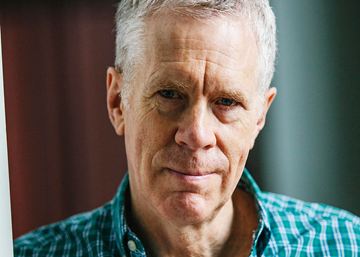 He announced in December that he was suspending the long-running program – to focus on treatment for melanoma – with which he was diagnosed in late 2015.

His first round of immunotherapy treatment that winter was not completely successful – and McLean said he needed to undergo another round this year.

The Vinyl Cafe featured a mix of stories, essays and musical performances – centered on Dave, the owner of a second-hand record store – and also featured Dave’s wife, Morley, their two children, Sam and Stephanie – and various friends and neighbours.

McLean was an officer of the Order of Canada and a professor emeritus at Ryerson University in Toronto.

He stayed upbeat about his health setback last December – telling fans in an online message that he expected to return to work.

McLean wrote in part, “I don’t want you to worry about me. A year ago I told you that I expected this to be just a bump in the road, not the end of the road. I still believe that to be true…look after yourselves and each other. And know that this isn’t goodbye. It’s just so long for now.”