Toronto’s own ambassador, Drake, was a big winner at the Grammy Awards pre-telecast show thanks to his super hit Hotline Bling, which grabbed two Grammys for best rap song and best rap or sung performance.

Other Canadians honoured at the celebration of the best in music included Justin Bieber and Canadian producer Bernie Herms.

And while the late Leonard Cohen missed qualifying for this year’s Grammys by about three weeks with his final album You Want It Darker, he was still there in spirit.

But the most talked about tribute was Adele for George Michael. She started singing his song Fastlove, but messed it up and asked to start over. 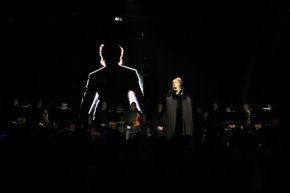 Adele won the most Grammys last night, five in all. George Michael died on Christmas Day at the age of 53.