Hard on the heels of numerous incorrect or unprovable statements from U.S. President Donald Trump and some White House aides – one truth is shining through – sales are soaring for George Orwell’s 1984.

Orwell’s classic dystopian tale of a society in which facts are suppressed and distorted  in a fog of “newspeak” has climbed into the top 5 on Amazon.com. 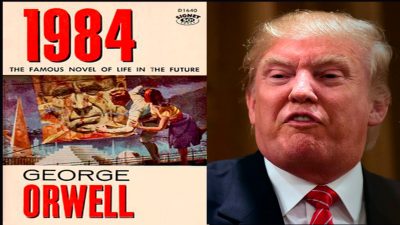 That comes after the administration’s assertions that Trump’s inaugural ceremony had record attendance – and Trump’s unfounded allegation that millions of illegal votes were cast against him in the election.